to turn cameron street around, one building owner put in fake stores

For years, the ground-floor shops at the Guardian Building in downtown Silver Spring have sat empty. To lure new tenants, the building's owner brought the space to life with fake storefronts. 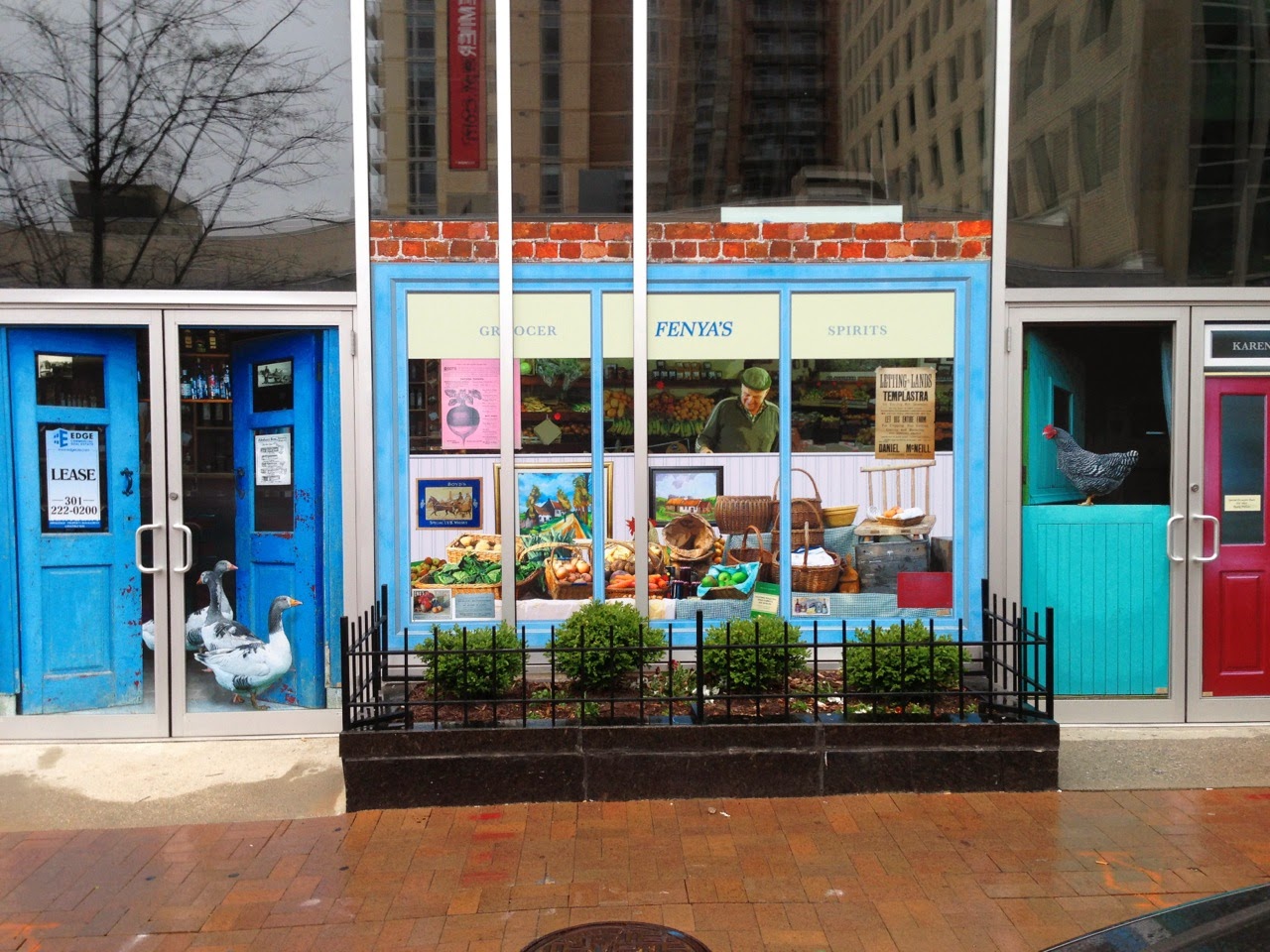 The Arkin family has owned this six-story office building, located at Georgia Avenue and Cameron Street, for decades. But as owner Michael Arkin's health declined and he wasn't able to keep the building up, many of the retail tenants moved away, retired, or passed away. After a stroke a few years ago, his sons took over management of the building. "We had our work cut out for us," said son Devin Arkin, who grew up in Silver Spring but now lives in Chicago. 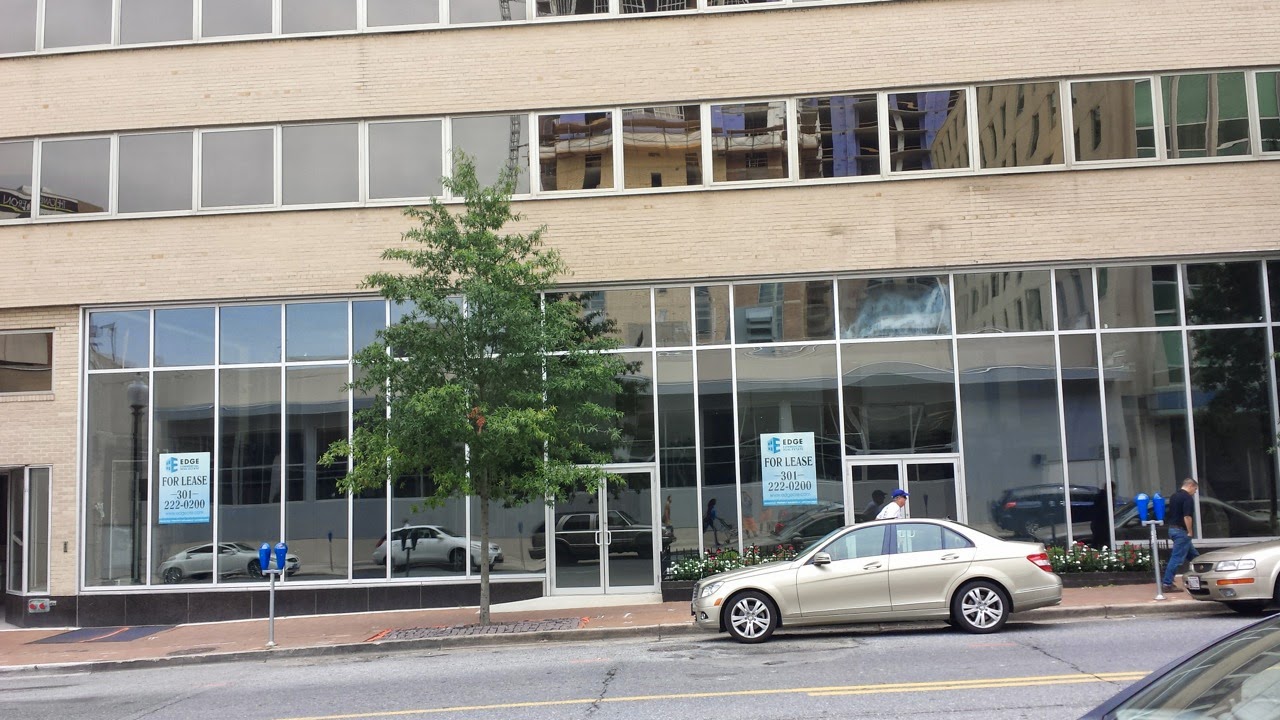 The sons renovated the building and commissioned an sculpture for the lobby of 1950s-era hardware they found in the basement. But they weren't sure what to do with its nearly 7,400 square feet of empty retail space until they read about towns in Northern Ireland who disguised their empty shops with murals depicting open, lively businesses.

Arkin's advertising firm Huckleberry Pie crafted scenes of busy stores, like a men's wear store and a bakery, and fitted them over the empty windows. Workers toil away behind the counter as ducks and chickens peer out from door frames. Discrete "For Lease" and "Build to Suit" signs appear between images of food and goods. 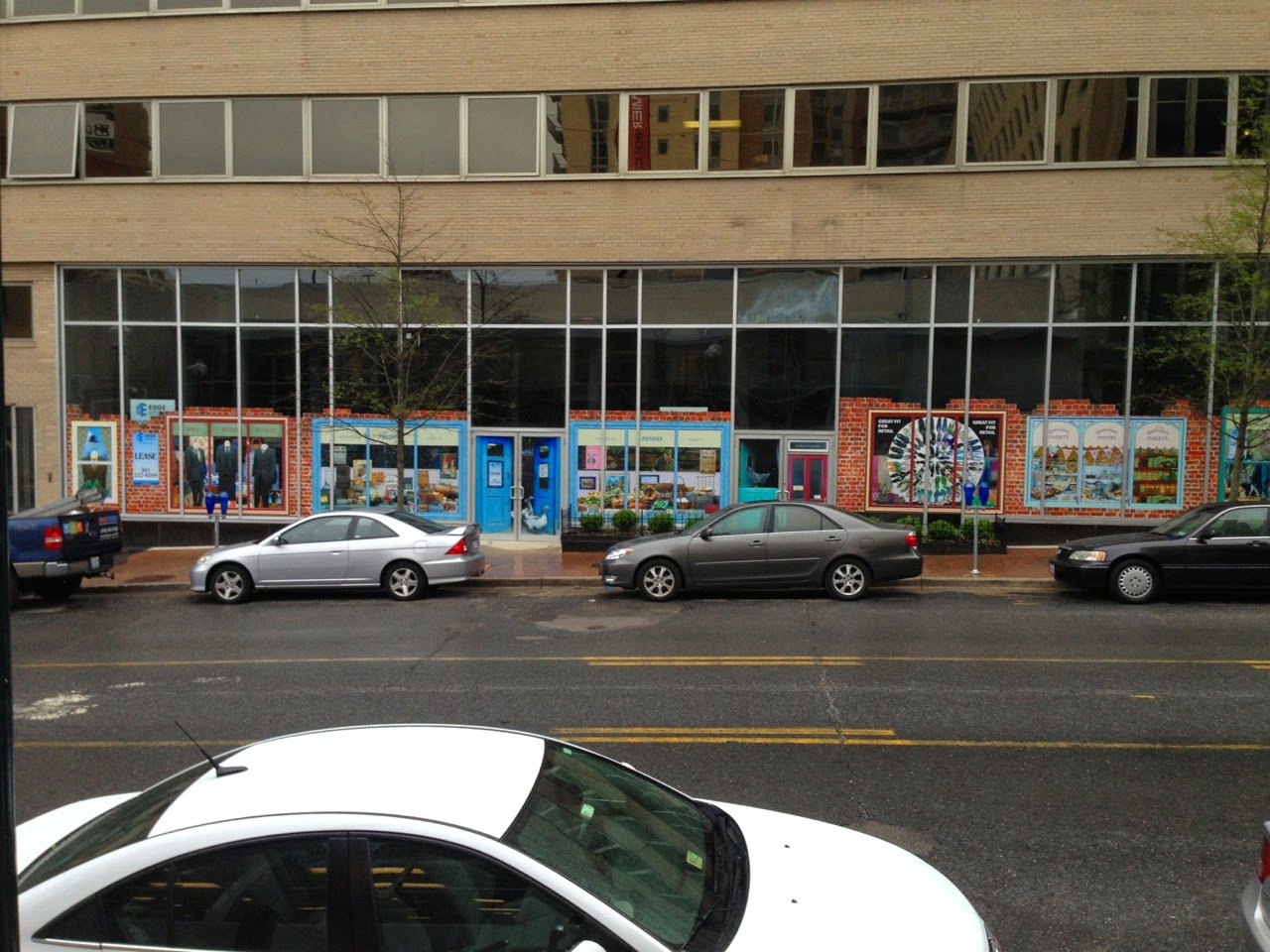 Cameron Street is a few blocks away from the shops and restaurants along Ellsworth Drive, and as a result there isn't a lot of foot traffic. The Guardian Building isn't alone in having an empty first floor. The Cameron, an apartment building across the street, lost one of its two ground-floor tenants, an outpatient surgery center. And two blocks away at Cameron and Spring streets, there are ground-floor spaces at United Therapeutics' new headquarters that have been vacant for nearly four years.

If all of the storefronts on Cameron Street were filled, it might actually become a compelling destination that could draw shoppers and diners from other parts of downtown Silver Spring. But since most of them are empty, nobody wants to be the first to take the risk. (Other than Jimmy John's sandwich shop in the first floor of the Cameron, which as a chain can draw customers on name recognition alone.)

Hopefully, the Guardian Building can buck the trend. Its fake storefronts may not convince anyone, but it does look better than it did before. Hopefully, they'll catch the eye of potential tenants soon. According to this marketing brochure, the space is still vacant.
at 12:01 PM

That is a clever idea! I think that many years ago Eddie Leonard's Sandwich Shop had a spot in that space at the Guardian Building.
I miss them.

The term you want is "Potemkin village."