what's up the pike: love is pain

- You'll see more police officers in downtown Silver Spring this weekend after a man was assaulted on Tuesday and several other recent crimes, says the Gazette. "There's a recognition in the police department and the county executive's office that Silver Spring has quickly become an urbanized area and policing in an urban area is different than policing in a suburban area," Lt. Paul Liquorie is quoted as saying.

Lt. Liquorie also notes that nine of the sixteen kids arrested for Tuesday's assault are actually from Montgomery County and five of them from Silver Spring, hopefully throwing out the idea that only "P.G. and D.C." kids commit crimes here, and that none of them were skateboarders - though some of them are in go-go bands, which opens the door for a whole new round of stereotyping.

Also, reader pago dat sent us these photos of graffiti in the Georgia Avenue underpass: 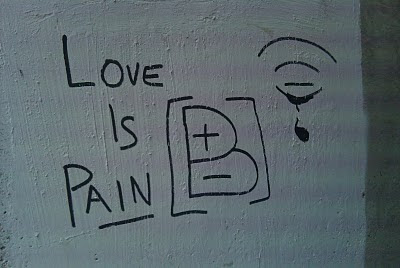 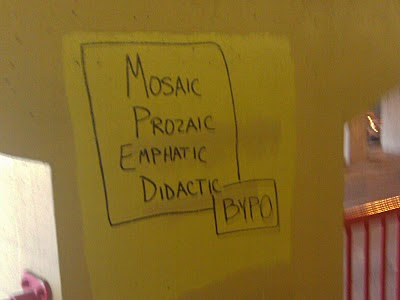 - MPW reports that the Gazette will combine its Silver Spring, Takoma Park, Wheaton and Burtonsville editions. But who'll notice? They already ran the same stories in all four "papers" anyway. Silver Spring and Burtonsville are ten miles apart, so by their logic, do the Rockville and Bethesda editions get merged too?

- Wayne at Silver Spring Trails laments how Purple Line opponents in Chevy Chase are depriving people in the historically black and under-represented neighborhood of Lyttonsville of good transit.

- Meanwhile, the 16-mile light-rail line between Bethesda and New Carrollton could cost $40m more than expected, says the Post. And five houses on Talbot Avenue in Rosemary Hills could lose part of their front yards to it, says DCist, though Silver Spring Trails says it's a worthwhile compromise.

- At Fenton Street Market this week, kids "ages 1 through 12" can share jokes at first-ever JokeFest, and there's a scavenger hunt for olive oil kitchen soap. As always, you can find the market at Fenton and Silver Spring Avenue from 9am to 3pm.
at 9:35 AM

Hmmmm-40 million more- this is just the begining- it will increase.

Losing their front yard- does this mean that the residents will walk out their front door and be able to board the Purple Line as it passes by, or will they have to find a new front door entrance??

"hopefully throwing out the idea that only "P.G. and D.C." kids commit crimes here"

Oh there alot of shit head kids in silver spring, aspen hill, and wheaton these days

You have an interesting way of parsing things. Only five of the 16 arrested were from Silver Spring. The two charged with 1st degree assault were from DC. The guy arrested on Saturday for trying to rob people at gunpoint was from DC.

So, let's not pretend like people not from the area aren't coming in and causing problems. They clearly are. Recently they have been causing the worst problems. That's something that the county and Silver Spring will have to figure out how to deal with.

Downtown Silver Spring must have a reputation as a place where people can come and cause mischief. These kids aren't staying in their own communities and causing problems.

There was a City Paper article about guys who holler at young women a few years ago - I can't find it now - and one boy said he comes to Silver Spring from Prince George's County to do it.

You know what the appropriate response is? Not "how do we keep those bad P.G. and D.C. kids from coming here," because in doing so you'll turn away well-meaning people who come here from P.G. and D.C. and spend money and support our economy. The response is "Well, how do we make it clear that you don't try to fuck shit up in Silver Spring." That message is for kids from P.G. and D.C. and Montgomery County. These are "our" kids, too. And I don't care where they live, as long as they're dealt with appropriately.

Petworth or Langley Park are closer to DTSS than my house, yet due to the folly of state and county lines, I'm considered "in the area." Depending on who you ask, of course.

I agree that is the correct response. Currently, however, it looks like we haven't done a good job of communicating that message. We certainly want people from outside of Silver Spring to come to it, but if we don't deal with people acting inappropriately nobody will want to come. I work in Arlington (around Court House), and I never see anything like some of the stuff that goes on around DTSS. Silver Spring could become like Arlington in terms of its smart growth, jobs and housing but basic things like safety have to taken care of first.

The increased foot patrols should help, and hopefully the county will realize that DTSS has a lot of potential, but it is still in its infancy. They can't slack off, and they can't let ignorant people ruin the experience for everyone else.

I'm still concerned that many of these knuckleheads are coming from outside of SS. It's much easier to correct a problem that you can directly address. Our only recourse is through a police presence and through local citizens standing up to them.

If they're not our residents, we can't get to the heart of why they are acting out and don't abide by society's rules. Many of these kids, I suspect, probably don't have good role models and guidance. That's something that we can't address.

It's good to see the police and county doing something. We'll see if it makes a difference. I hope it does.

This also why Arlington has been experiencing explosive population and job growth. Professionals new to the area are almost always recommended and usually choose to move to Arlington/alexandria over a place like Silver Spring based on certain perceptions.....and these perceptions are reinforced by recent acts like this

Arlington has been going through a transition for 50 years from a suburb to a city. Silver Spring could be like Arlington one day, but it will take many years of hard work and smart development. It will also take investment, and people are much more likely to invest in an area that attracts middle class people and professionals.

Much of the new development in Arlington is mixed-use. It's awesome stuff. Five story buildings with the first floor for dinning and retail, while the other four floors are for living. It's a great way to spread out the city and avoid having a situation where one or two blocks are overloaded. It also ensures that a lot of housing is by shopping and dinning.

I would tell anyone who has the money and whose job is close to Arlington to move there over Silver Spring and many areas in the metro area. I would stack up the Court House and Clarendon areas of Arlington against anything in DC and Alexandria, let alone in Maryland.

I will say that there are times when I feel Silver Spring is more fun. DTSS is certainly very lively and it has a lot of diversity in many ways. But people, especially families, are going to take safety and better shopping and dinning over more fun any day of the week.

Silver Spring has the potential to be like Arlington. It's not going to happen over night, but it can certainly happen. That's why we have to prevent incidents like these and get more people to want to come and live in Silver Spring.

You are spot on the potential development of DTSS, if development continues and more families and young proffesionals move in then maybe it could enjoy the same success Arlington has now. I lived in Arlington for 2 years after grad from school so it pained me that buddies never would consider to move to MD because the only viable alternative MD has to Arlington is Bethesda which is way too expensive.

Dan, in your prior post you said the man injured in the assault was "middle-aged," but the Gazette said he is only 32!!! Talk about adding insult to injury, you didn't have to go and call him "middle-aged"!