teens, yuppies and immigrants: can we get them involved? 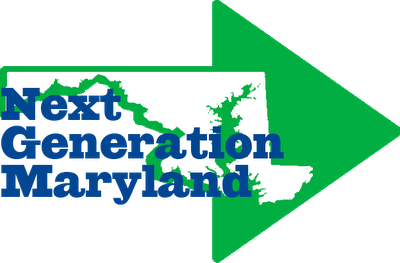 Young people are often underrepresented in local affairs, and they may not get involved unless something directly affects them. That's why Silver Spring teens Abigail Burman and Leah Muskin-Pierret have started a group called Next Generation Maryland, devoted to "mobilizing the youth vote in Maryland and helping progessive groups and teens connect with each other."

If those names sound familiar to you, it's because they successfully killed a proposal for a youth curfew last year after organizing opposition to it.

Next Generation Maryland's initial goals are to re-elect President Obama and to retain both the DREAM Act, which would allow undocumented students in Maryland to attend college, and the legalization of same-sex marriage, both of which will be put to a referendum this November.

Check out their website, where you can learn about the issues and pledge your support. You can also visit Next Generation Maryland on Tumblr and Facebook.


But what happens after the election? In a post on his blog, Takoma Park Councilmember Seth Grimes responds to a recent Gazette story on the lack of minority representation on the City Council. He argues that if Takoma Park wants diverse leadership, it needs to get more people involved in neighborhood associations and committees - the "farm teams" for elected positions, if you will.

"After all, engaged neighbors enrich the community, and they become community leaders and then council candidates, as local experience shows," he writes.

This is also a countywide issue, of course. Go to any open house or civic association meeting here and you'll often see a small group of faces over and over again. They have a right to be heard, but they don't always represent the views of all county residents, including but not limited to minority and immigrant communities.

How do we get them involved? Grimes suggests offering a stipend for sitting on city boards or running neighborhood associations to encourage folks with limited means to participate. He also notes that citizens need to be better informed about what's going on locally, but many aren't because the Gazette doesn't deliver to some Takoma Park's majority-minority neighborhoods.

Speaking of which: The Post finally realizes that the People's Republic may have lost its granola as young, affluent families move in. It'll be interesting to see if they get involved in local affairs, which would certainly add to the diversity of community groups.

I imagine that the remaining "activists" who call Silver Spring "commercial" were horrified when one of the families in the Post article said they couldn't tell it apart from Takoma Park. Most of them probably live in Mount Rainier now anyway. (A post on City-Data.com refers to "the hippie belt of suburbs just NE of DC" containing both Takoma Park and Mount Rainier. This is a good term, and I intend to use it all the time now.)
at 10:15 AM